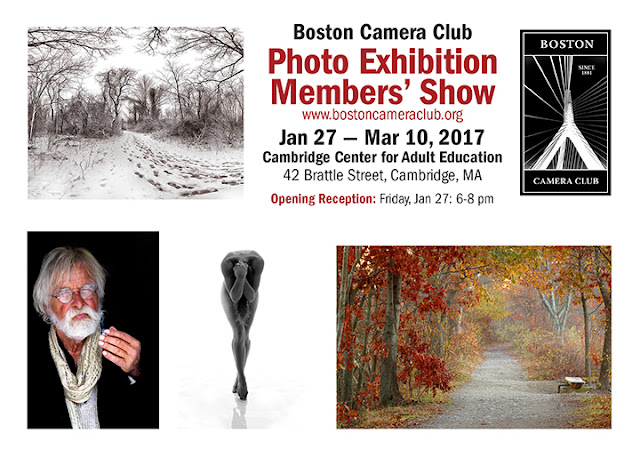 The exhibition will feature work from 30 current BCC members.  Also on display will be a photograph from long deceased member Horace Latimer, whose 1931 bequest helped put the club on solid financial footing to this day.
You can preview the exhibition at https://www.bostoncameraclub.org/g/49e64f1f-13c9-46a8-affe-90b025ffd02c.
For more information visit http://www.bostoncameraclub.org and https://www.ccae.org.

GLPA will be having our second of three model and portrait days on Sunday Jan 29th.
April 30th will be our next portrait date of the season.
You are all WELCOME to attend and bring some photographer friends.
We are having three lighting set ups for our 6 models:
Hi Key-full length
2 Full length
The day starts at 10Am till 3PM.
Club members are free and $15- for non members to help off-set the days expenses.
This is a very good opportunity to get some good competition images of the models. There will be some hands-on help available for those who wish assistance. If you don’t have Nikon or Canon do bring your manual.
We will have our usual laid back atmosphere and a good time.
There is a good pizza and sub shop across the street.
Hope you can join us for the event!
Skip Hoyt  Co-Chair
Jim Gallagher  Co-Chair
<Greaterlynnphoto.org> 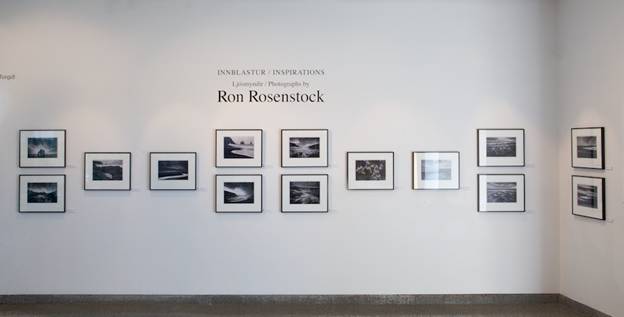 Award-winning photographer and educator Michael Goodman will be presenting a talk and show at the Photographers Forum Camera Club in Nashua, NH, on Monday, February 6, 2017 at 7:15. The event is sponsored in part by Hunt’s Photo and Video, who will also have a booth with special deals for this event.

Because our first workshop has sold out, we’re repeating it

At CCAA in Barnstable Village, Massachusetts

My Saturday, April 15th one-day judging workshop one-day workshop dedicated to fine-tuning, practicing and polishing critiquing in the judge’s seat has sold out so I’ve scheduled a repeat of this special workshop on Saturday, April 29th.  Participation is limited to the first eight who register to ensure plenty of time to practice your critiquing with helpful feedback. Sign-up for this new April 29th session has already started and participation really is limited to a maximum of eight people so act quickly. For more information, call CCAA’s Curators Office on 508-362-2909. Better yet, register online now at: http://capecodartassoc.org/shop/refining-your-commentary-and-critique-skills-judging-workshop-pt-2/

The New England Camera Club Council (NECCC) is a non-profit umbrella group for >84 camera clubs (2 of which are meetups, we hope for more meetup groups to join NECCC) in the New England states (Connecticut, Rhode Island, Maine, Massachusetts, New Hampshire, and Vermont).

There is soooo much going on the the New England region and we want to share it with everyone. Seminars, workshops, camera club programs, outside speakers, Canon Explorers of Light, photo ops, -- and first hand information providing updates on seasonal shooting (sunflowers, spring flowers, fall foliage). Let's SHARE

In this day of social media "we" (photographers) should be sharing upcoming photography with each other so everyone can know about them and choose to participate.

The NECCC Blog and Facebook site are wonderful places to share what is going on photographically in the New England Region. Please have your club representative and/or publicity person contacting me with information about your club's events, programs, seminars, etc. you are offering. If you have a first hand update on a seasonal event we would like that too (how are the Sunflowers at Buttonwood farm, are the daffodils peak, how is the fall foliage, etc.)

To post your news or event:
Let's rock the New England region with an abundance of shared information and opportunities!!

Connecticut Association of Photographers (CAP) is pleased to announce an upcoming event with Canon Explorer of Light, KEN SKLUTE.  Save the date of November 4, 2017 and meet us at The Whitney Center, 200 Leeder Hill Dr, Hamden, CT.

The accolade of "Explore of Light" is held by only a few top photographers worldwide.... Ken Sklute earned this honor by way of his diverse career photographing people, sports, architecture, weddings and landscapes.  He has also been named "Photographer of the Year" 32 times, encompassing the states of New York, California and Arizona.  CAP is therefore extremely proud of being able to showcase Ken's wonderful photography and outlook and it promises to be a "not to miss"  experience. Look for updates and details in upcoming CAP posts.

The Tops in CT 2016 judging is complete. We received 636 images from 107 Connecticut photographers for judging. Of the 636 images, 101 were accepted into the show including 13 medal winning images.

The 101 accepted and medal winning photographs will be organized into the Tops in Connecticut 2016 program and shown at the CAP Dinner on Saturday, April 29, 2017, at the Whitney Center, 200 Leeder Hill Drive, Hamden, CT 06517.

This will be the only time to view the photographs and hear the commentary on this exceptional work by Connecticut photographers. Judging from the quality of the images selected it will be an outstanding show.

Additional details about the dinner will be distributed via e-mail and on this blog closer to the date of the dinner. Be sure to put April 29th on your new 2017 calendar to save the date.

Attached is a PDF file of our April canon EOL event for the NECCC blog.
Please let me know if this is an appropriate file and it I need to do anything more
to prepare it for the blog so it all will appear.

Thank you for your continuing commitment to the blog. 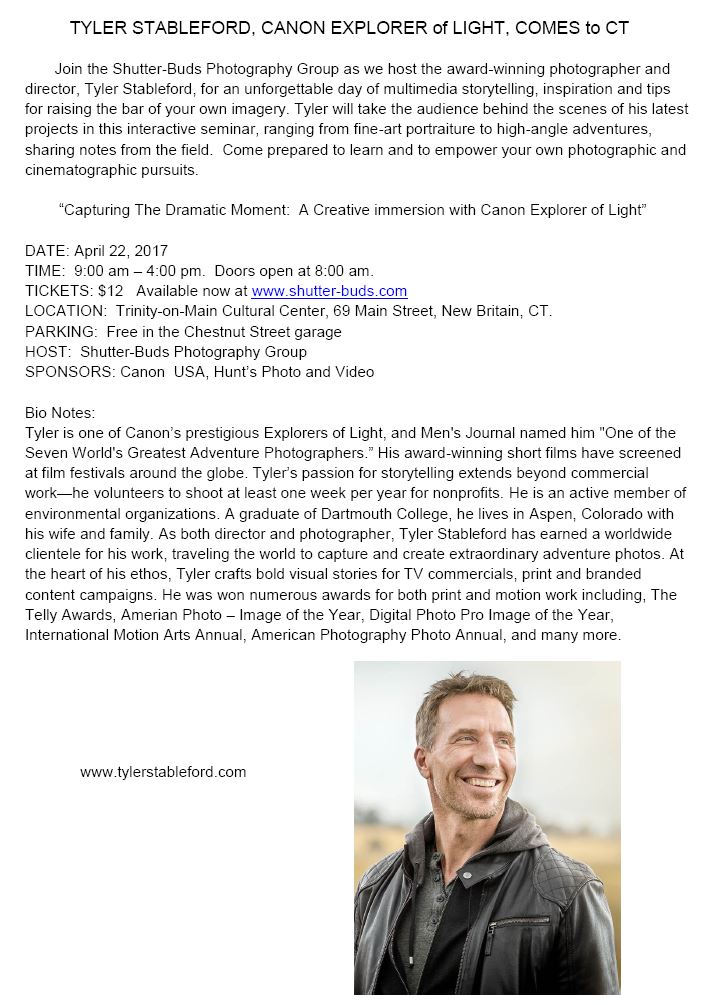 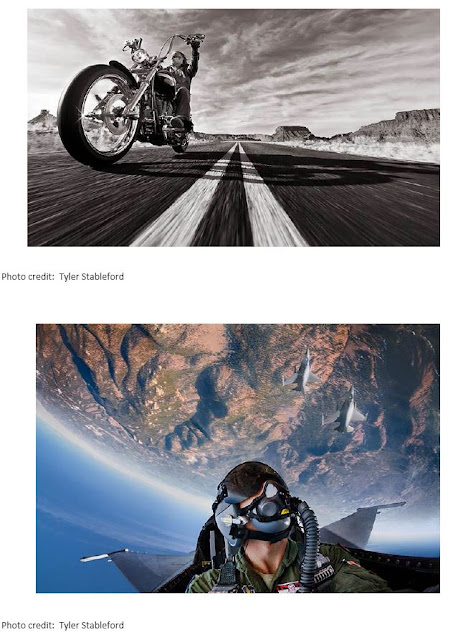 A Seminar with Rick Sammon May 6th

My name is Jean Cardia I am a member of the SSCC ( South Shore Camera Club) in Quincy Mass. We are hosting a one-day photography seminar featuring nationally renowned photographer, Rick Sammon on May 6, 2017 at the Four Points Sheridan in Norwood Ma.

This seminar is a great way to learn, to share ideas, to expand your abilities, and to be amongst other like-minded photographers.  As you can see on the poster, Rick Sammon will be covering a variety of topics that would likely be of value to all.

It would be greatly appreciated if you could help get the word out by distributing our flyer to NECCC photography clubs. 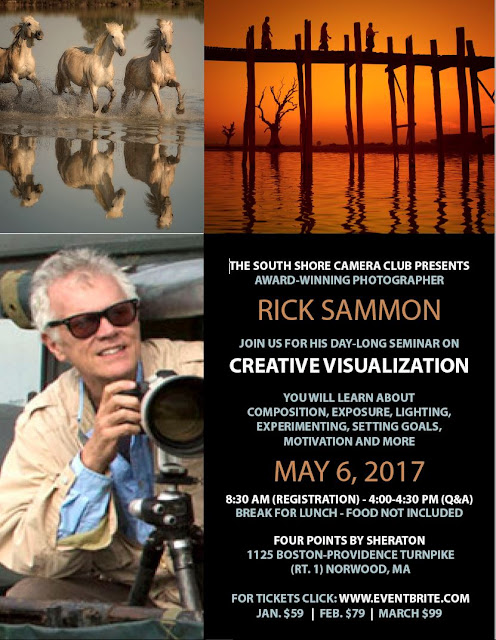 David Jordan, President Emeritus, has been instrumental in the development and continuation of the annual contest.  Jordan says “the purpose of the contest is to promote the art of photography in the Cape community by providing an opportunity for photographers to display their accepted work in the very fine gallery at the Creative Arts Center in Chatham.”  Each year the contest has drawn upwards of 150 entries from photographers from all towns on the Cape, as well as many locations off-Cape.

This year the judge will be Ray Guillette, MNEC.  Guillette is a former President of the New England Camera Club Council (NECCC) and is a published photographer, lecturer, teacher, presenter, and judge.  To celebrate the 20th anniversary of the contest, cash awards have been increased to $195 for 1st Place, $120 for 2nd Place, $70 for 3rd Place, and $20 for Honorable Mentions.

The entry rules and entry form may be found at the club’s website at www.capecodviewfinders.org/exhibitions/juried-photography-contest.  Brochures may also be found at libraries and various shops across the Cape.

Accepted entries will be hung in the Creative Arts Center from February 5th to February 24th.  An opening reception will be held on February 5th from 3 – 5 PM at which time the awards will be announced.

Tom and I use Topaz on the majority of our images, Topaz Clarity and Adjust are our favorites, but we love Impressions and Glow for artistic effects too and their DeNoise is the best noise reduction software out there (reduces noise and leave details); we love all of the Topaz plugins!!

Here at Topaz, it’s been a great year and we hope you’ve had one as well! While we spend time reflecting on everything we’ve accomplished in 2016, thank you for a great year!

The 12 Days of Topaz sale is going great but, like we hinted, we’ve got one more surprise before the end of the year. We will also be having a 35% off storewide sale December 27th - January 10th!


Anyone who wants to take advantage of this last deal of the year can use the code “thanks35” at checkout for 35% off ANYTHING in their cart. This applies to every item storewide, including Complete Collection purchases and Collection upgrades!

Own a previous product...click here and sign then into your accounts to upgrade to get the best discount possible on the Collection for owning prior products. 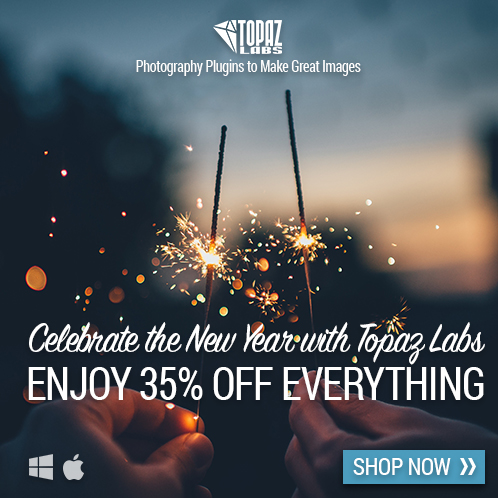 Last chance to get great savings on any or all of Topaz Labs 17 products.