Jenne Farm needs a new or used evaporator  https://gofund.me/bc13c43c
Tom and I contributed, as our way of saying Thank You for them sharing their beautiful farm with us photographers!
I am Linda Jenne Kidder, Trustee of the Jenne Family Trust that owns the Jenne Farm in Reading, VT. Selling maple syrup is our best source of income to keep the farm running. Our evaporator in the sugarhouse is very old and not usable next season. We are seeking gifts from anyone that can help us fund a new or good used one. The Jenne Farm would be very grateful. The goal seems high but this is a small fraction of the cost and would help tremendously.
https://gofund.me/bc13c43c 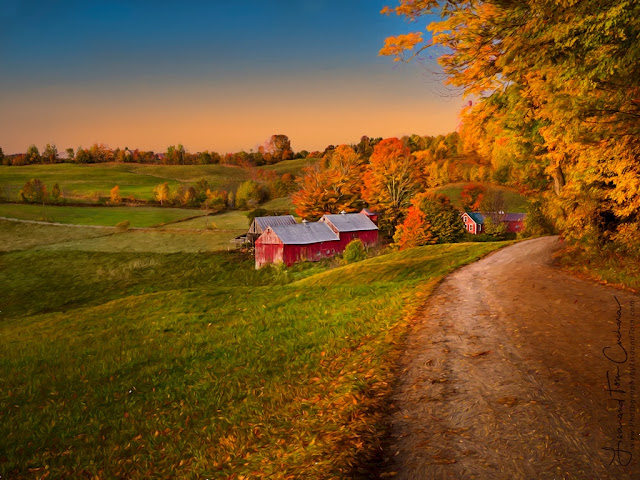 The highest scoring clubs for the 2020-21 season of the NECCC Projected Image Interclub Competitions were announced in the Spring Interclub report, the third and last competition of the season.

The high scoring clubs were:

And now, the winning images in each of the four classes have also been chosen. The judge used for this daunting task was Gary Potts, of Indiana. Gary’s earned his APSA, GMPSA, SPSA and EFIAP/s  distinctions from both the Photographic Society of America and the Federation of International Art Photography. He is a Past-Executive Vice President of PSA, having joined in 1979. He judges many international exhibitions while continuing his own photographic pursuits. Currently, he serves on the PSA Nominating Committee and the Ethics Review Board. He is a PSA Portfolio Assessor. Here is Gary’s “Judge’s Statement” on how the winning images were selected:

"All judges start a results session by stating how difficult it was to select the winners. Believe me, since I was viewing your 'best of the best', it WAS difficult. I could have selected at least 2, sometimes 3, of these from every section as the 'best of' the section. In the end, my selections reflect what I consider high impact, story-telling images that have strong visual appeal and are processed impeccably. The nature images depict action or movement, which I feel advances them above any static image or those we have seen before. The two choices gave me a new perspective/subject matter. The pictorial image winners are novel and beautifully processed...sharp, color accuracy, well lit, and proper Levels and Curves.”

In honor, and in memory, of Daniel Charbonnet, past President of NECCC, a memorial award for the Projected Interclub Photograph of the Year has been established. This award chooses the “best of the best” from the four winning Projected Image Interclub winners. Gary Potts was honored to select this first award winner as he knew Dan very well and considered him a good friend. Gary’s choice for this award was based on “it’s wonderful color palette, background texture, and artistic mingling” of the two subjects. The winning image is:

Congratulations to the clubs & individual winners.